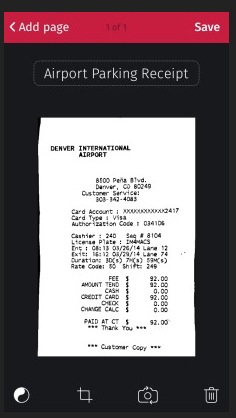 I've got a big old honking Canon scanner sitting on my desk. This is the device that replaced the 1980's fax machine. But it eats up valuable real estate and is somewhat of a pain to use. And I just found an incredible higher tech replacement for just 99¢!

Scanbot is a new scanning app that turns your iPhone into an incredible scanning tool. Doesn't matter if you are scanning an airport receipt or a 20 page legal document, Scanbot handles it with incredible ease. Just lay the document down on a flat surface and Scanbot will give you directions to get the perfect scan. Once Scanbot sees that your phone is aligned with the document, it automatically takes a photo and your scan is turned into a PDF.

Scanbot is now available in the App Store. Anyone want to buy a Canon desktop, flat-bed scanner?
Posted by Terry Gruggen at 8:11 AM 1 comment:

If you have an Android phone, you can stop reading now. This little gem is for people living within Apple's wonderful, walled-in garden. Yes, the higher primates known as iPhone users. Specifically, it's for people living in the garden that are wearing iOS 7.

The feature is called FaceTime Audio. And no, you do not need to make a video call to use it. It's strictly an audio-only call. The quality of the call is made possible by VoIP...Voice over Internet Protocol. It's a telephone call made over the Internet instead of the public switched cellular networks.

Here's how you use it. Go into your contacts list and pull up the name of the person you want to call. In the example from the photo above, that's our buddy Lauren. If you scroll down about 2/3 of the way on her contact page, you see an option called FaceTime. To the right are two icons. The camera icon let's you make a FaceTime video call, while the phone icon lets you make a FaceTime audio call.

Press the phone icon next to FaceTime and in no time at all, you will experience the highest quality phone conversation you have ever heard. It's almost surreal. Once you do this, you will likely never use cellular as your primary calling method. And there's an added bonus. If you make the call when connected to WiFi, the calls do not count against your bucket of data. FaceTime audio! Winner, winner, chicken dinner.
Posted by Terry Gruggen at 6:57 AM 3 comments:

I'm a hard-core console gamer, so most iPhone games hold little allure for me. The ones I do have on my phone tend to be fast...the kind that let you occupy a few seconds while you are waiting in the doctor's office or check-out line at Costco.

Bookworm has been a favorite iPhone game of mine. There are 49 letters in a grid and you form as many different words as you can. What I like is that the game saves your progress, so you can jump in and out at will. Sometimes a game will last two weeks for me....stealing 30 seconds here to play and maybe 45 seconds the next day.

When I play my Xbox One, I prefer to play against carbon-based opponents. Artificial Intelligence doesn't hold a candle to the human brain, so it makes the game a lot more challenging going head-to-head with a human. Now I've stumbled across an iPhone game that lets me do the same, yet also meets my requirement of being short so that I can jump in and out at will.

It's a free game called QuizUp. It's a fascinating trivia game that let's you choose the Trivia Topic. Once you do, it throws you into a match with another person in some other random part of the world. Each match consists of six rounds...six questions, actually. Your score is determined by how many of the six trivia questions you get correct....and how fast you answer. The match goes to the smartest and swiftest.

The beauty is that a match rarely lasts more than 30 seconds. Then you can just bow out or ask for a rematch or go find a new opponent. There are over 250 trivia topics, so the scope of the game is huge. It's fun, fast and never gets boring....and it has carbon-based opponents! That's a lot better than a poke in the eye with a sharp stick.

You can just play random opponents or build up a list of friends to play against. If you want to go head-to-head against me, my gamertag is grogs (from Minnesota). You can check the game out here: https://www.quizup.com. Then go download it for free in the App Store. 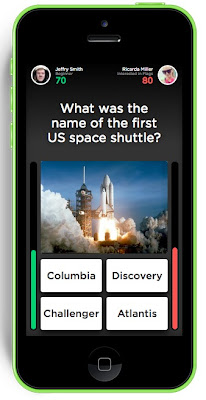 Posted by Terry Gruggen at 8:21 AM No comments:

The "All You Can Eat" Netflix Model Now Available for Magazines 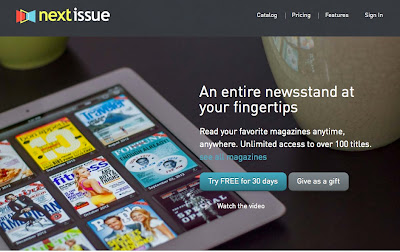 Not only do you get all new magazines every month, you also have access to all back issues. The Next Issue access is app based for use on Apple and Android devices (tablets and phones). You just download the app and pick the magazines you want included in the "All You Can Eat Plan". While you can certainly choose them all, you may want to be a little more discerning. Personally, I didn't see me spending a lot of my leisure time flipping the digital pages of "Brides".

Next Issue is offering a free 30-day trial so you can give it a test drive. Check it out here: http://www.nextissue.com/
Posted by Terry Gruggen at 7:39 AM No comments:

The Beginning of the End 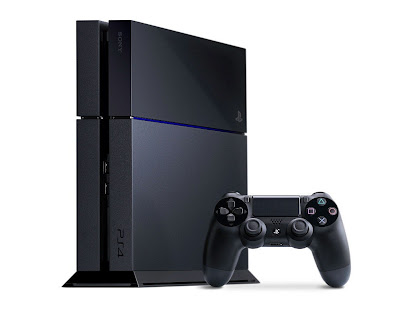 Cable and satellite TV providers are a bunch of dinosaurs. They've been ploddingly engorging themselves on the cash of their customers, oblivious to the giant, flaming meteor hurtling through space. That meteor is called Internet television...a concept pioneered by one of my former clients, Netflix.

Yesterday, the earth shifted on it's axis, making that meteor a whole lot closer than it ever has been before. Viacom inked a deal with Sony that will make popular channels like Nickelodeon, MTV and Comedy Central available for streaming on the PS4. Subscribers to Sony's unnamed service will have on-demand access to all of those channel's broadcast libraries.

Viacom's channels have only been available to cable and satellite users...they are the first to make them available on the Internet. Watch the other big players make a rush to get on board...Disney, Time Warner, etc. Pay television (cable and satellite) has shown "negative customer growth" for the first two quarters in 2013. Put in plain English, for the first time in history, pay TV is losing customers. That has never, ever happened before. I call it the writing on the wall.

On-demand, Internet television just got a whole lot closer yesterday. It is the truly the beginning of the end. And a note for all of my dinosaur friends out there...you can't hide from a meteor. But at least you'll have a future in fossils. 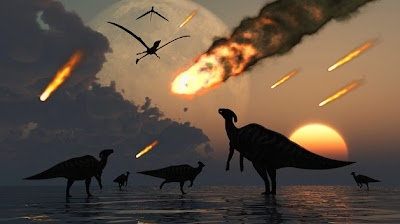 Posted by Terry Gruggen at 6:05 AM No comments: 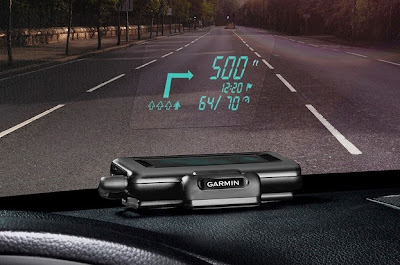 Head-up display technology made it's way from fighter jets to cars about 25 years ago. I've had head-up displays in my last two cars and find it to be incredibly useful. It projects both the speed you are traveling and navigation instructions on the windshield, although when you are driving it looks like it is about 3 feet in front of your hood.

It makes driving a lot safer because you never have to take your eyes off of the road. However, it is real pricey...we are talking four figures to get the technology in your car. But now there's a game changer. Navigation specialist Garmin is about to release a head-up display for navigation at $129.99. It's simple, small and portable, so it can be used in multiple vehicles.

The Garmin unit is a head-up display unit only. The unit receives the mapping info from your Bluetooth-enabled smartphone running a $29.99 Garmon app (StreetPilot1 or NAVIGON). The projector attaches to your dash and projects the image onto a transparent film on the windshield. The device is currently at the FCC for approval and will be on the market soon.
Posted by Terry Gruggen at 10:13 AM No comments: 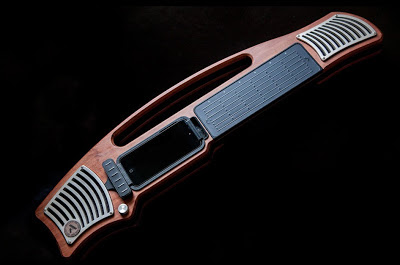 The computing power in the iPhone is absolutely astounding. It is incredibly adept at music, but the ergonomics and sound capabilities of the iPhone leave a lot to be desired. Enter Artiphone, stage left. It hooks up to your iPhone and offers stereo sound, an ergonomic hardwood body and a whole new way to create music. Check it out: http://www.artiphon.com/

Posted by Terry Gruggen at 9:28 AM No comments: 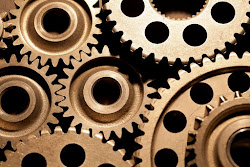 Visit my blog about food